Can you manage with just the one gun for different types of shooting?

If you’re reading this, you’ve probably been wondering just what a sporting gun is and how it differs to a game gun. Do you in fact need one of each?

How game and sporting guns are different

What a sporting gun and a game gun have in common

Where sporter and game guns are different

The main differences are between safety catches and weight (as I have said, game guns are usually lighter) 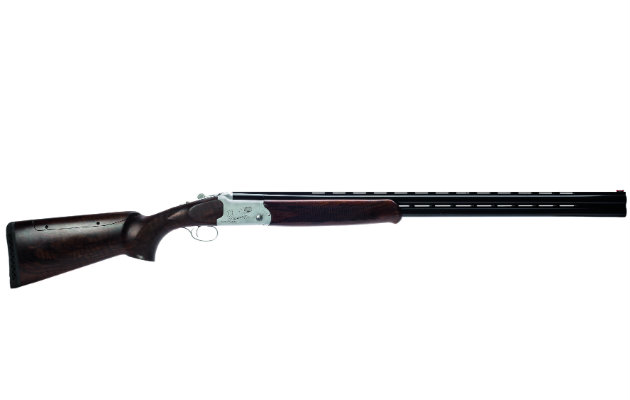 Game guns – why are they lighter?

Game guns are designed to be carried around all day in the field, which is why they are lighter than a sporting gun – a clay gun, which you will just be taking from stand to stand. You might have to carry a game gun several miles in a single day, so it’s best if it’s as easy to carry as possible.

Clay guns are also heavier for another reason, so recoil is minimised. Lighter game guns may make shooters affected by recoil think carefully about the cartridges they choose.

Safety catches are another difference

The safety catch on a game gun is normally set to move automatically to safe when the shotgun is opened for reloading; the catch thus needs to be reset to fire the next cartridge.

On a clay gun, the safety catch remains in the fire position until put safe manually; the reason for this is that, in competition, failure to fire due to an incorrectly set catch is deemed to be “operator error”, which results in the target being declared a miss.

On many brands of gun, it is possible to adjust the mechanism internally to give either type of safety catch operation; a gunsmith can do this for you quite easily.

The only safe gun is an open and empty gun. On most guns, safety catch is a misnomer, as all the catch does is prevent the trigger from being pulled; it does not prevent the internal firing hammers from falling on the firing pins if the gun is dropped or jarred.

The Browning B725 Sporter is a wholly new gun and carries a modern look, but it isn’t a radical departure…

Given the reputation of the Browning 525 that’s no mean feat. The B525 is well tried and tested. Proven by the fact that…

If you have a separate gun for clays and game will you be a better Shot?

Some people – who have the cash – change their gun every time they hear about a new one.

They tend to do this in the hope that it will transform their shooting and make them a better Shot. Sadly it’s not that simple.

Buying a new gun will not make your shooting improve. Heard that saying, “a bad workman blames his tools”? It’s generally relevant in this case.

However, a new gun can be good for your shooting. Sometimes you can use a new gun and find that you shoot really well with it.

Which will probably leave you believing that you have upgraded to a better gun and that all your old problems are now solved.

If this happens, don’t just assume it’s the gun. There are various reasons why you could be shooting better.

1. The new gun may fit you better than your old gun.
2. You focus more with a new gun.
3. It may have more weight than your gun and handle better.
4. The barrels may be longer and suit you more.
5. You might not be over-thinking because it’s not your gun.

The important thing is to get the right gun for you and the type of shooting you do most. You may need to shoot many different guns to find the one that suits you perfectly.

Getting your gun fitted to you personally is crucial – that will really make a difference and make it ‘your gun’ indeed.

If you find a gun you shoot well with, and it fits properly, stick with it and enjoy getting better. But the gun alone does not make you a better Shot.