What does the 12 in 12-bore actually mean and what makes a 20-bore what it is? How does it happen that the larger the number, the smaller the bore? Here's our easy guide that explains all.

But what does it all mean? What is what? And which bore should you use for different quarry? Read this piece on explaining shotgun bore sizes and you’ll be fully informed. (Read our article on what’s the right shotgun bore for you.)

How shotgun bore sizes got their names

Before metric came along, things were measured in pounds and ounces. Which is how different shotgun bores got their names.

The term “bore” refers to the empty interior space of a gun barrel through which the ammunition is pushed through when a gun fires.

For example, a 16-bore barrel will accept a lead ball that weighs 1oz, which is 16 to the pound. At the other end of the scale a 4-bore means four balls to the pound, each ball weighing 4oz or ¼lb. So a 28-bore being smaller is 28 to make up a pound, and so on.

A larger number means a smaller bore size (the size of the shot) and vice versa. 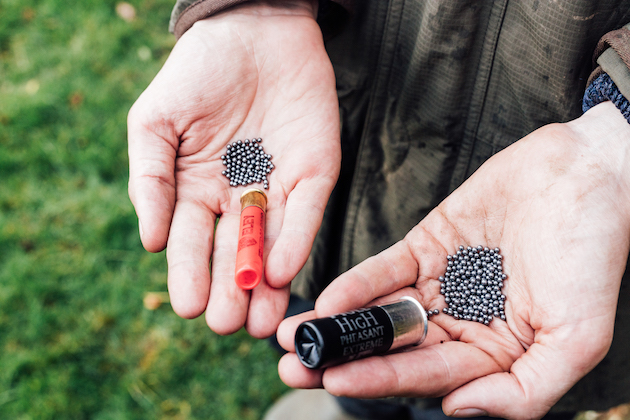 The bore comparator allows for greater flexibility in measuring. This is especially useful as the problem with shotgun bores is that even for a given nominal bore there are minor size variations. Modern production techniques such as hammer forging produce barrels to an exact size, but in the days of spill boring and lead lapping this was not possible.

With muzzle-loaders this was of no great consequence as you loaded to suit with wads cut with a punch that was a match for the bore. The advent of the breechloader, with its powder and shot load conveniently packaged in a cartridge, might have been thought to reduce this sort of flexibility. This was not a problem, though, and was accommodated quite simply by using a range of bore sizes for each chambering. This explains how one can come across such seeming anomalies as a 16-bore stamped 17 by the proof house.

As a very general rule the bigger the bore, the more subdivisions; the smaller gauges, less so. The 28-bore, for example, has three size divisions 27, 28 and 29.

With a double gun, even one in original condition, the two barrel sizes may not be stamped up the same. With one that has been worked on in the bores and reproofed they may be quite different and even carry proof marks from a later period marked to another system. A very early breechloader marked up 12B 13M means that the main bore is gauged at 12 and the muzzle is gauged at 13, so it is choked. Not for ball was also an old way of signifying a choked barrel.

Changing the rules of proof

Amazingly, this archaic, if charming but slightly confusing system of expressing the bore size in whole numbers and vulgar fractions stayed with us until 1954, when there was a major change to the rules of proof.

Subsequently, the proof house stamped on the bore size in thousandths of an inch.

This piece was originally published in 2014 and has been updated.