Delivery to hand is the most common problem people come across when they are training a gundog.

Why delivery to hand goes wrong

If the dog knows it doesn’t have to come back, it won’t. If this happens you need to head back to gundog training basics and get recall steady and reliable before reintroducing the retrieve. (Read our tips on gundog recall training.)

If your dog is turning his head away, it may be that at some point you’ve pulled the dummy sideways out of his mouth rather than taking it from the front. It’s not a pleasant sensation for the dog to have a dummy dragged lengthwise from his mouth and after a couple of times he’ll start turning away from you.

The faster you pull (snatch) it out of his mouth, the faster the dog will turn his head in avoidance. The solution is to be gentle with him and not to make such a big deal of delivery to hand — give the dog a stroke to take the stress away and then quietly take the dummy.

Dogs not picking-up, losing interest or spitting out the dummy all stem from the same basic cause. A dog that is not motivated to retrieve is the typical “reluctant retriever”, regardless of breed. None of these problems are insurmountable: time, patience, consistent handing and “getting inside of your dog’s head” are what is needed. (Read our list of gundog commands here.)

First things first, let’s take some pressure off our dogs and stop expecting a perfect sitting delivery. Focus on getting him to put the dummy in our hands and then telling him to sit. It won’t take long for him to sit automatically as he gives you the dummy, if you are being consistent.

Exploit a dog’s natural tendency to bring you something

Most dogs, gundogs or not, like to bring something to you the first time they see you after a time on their own, especially in the morning. When you have a reluctant retriever that does this, it’s time to make that trait work for you. Lift up the toys or leave a couple of chew type ones if he’s a chewer, and have dummies placed around the home but out of reach.

When you come downstairs in the morning and your dog is looking for something to greet you with, give him a dummy to carry — just remember to take it back and make a fuss of him before he drops it.

When you’re out and about training, go into your morning routine when your dog picks up the dummy, and take the pressure off him.

I never give a dog a treat from my pocket for retrieving something for me, and I never use treats for retrieving unless I’m working through a problem. Most puppies and young dogs are motivated enough by the owner. It’s once they hit adolescence and the “Kevin” phase that it starts going a bit pear-shaped.

Why not from the pocket? Because a dog is clever enough to realise that if you have a treat in your hand, they can’t eat it when they have something in their mouth, so out comes the dummy.

I’ve worked with a number of dogs that simply haven’t wanted to pick up anything; toy, dummy, ball, rabbit ball… not a thing did it for them. And then we threw a packet of treats for a dog to retrieve. She brought them back and the owner picked them up (not to hand initially) and gave her a treat from the bag.

Getting inside your gundog’s head

It was then that I started using something called a “prey dummy” in training, which is like a pencil case that you fill with treats. Some dogs, however, would crunch them or pick them up by the end and give them a shake — not desirable behaviours.

It was a direct result of working with these dogs that the Retrieving Roll was created. It’s a canvas wrap that can be rolled up tight and used on its own or wrapped around a toy, a ball, a dummy, a slipper — pretty much anything, including small birds. The beauty of the Retrieving Roll is that it has a little pouch which you can put a treat in. The only way for your dog to receive the treat is to bring back the retrieve, helping to make him more proficient and confident.

Because you’re tapping into the dog’s innate “what’s in it for me?” attitude, it has a reason to return it. Once he’s got the hang of bringing it back, it’s a case of not giving him the treat until he puts the dummy in your hand. 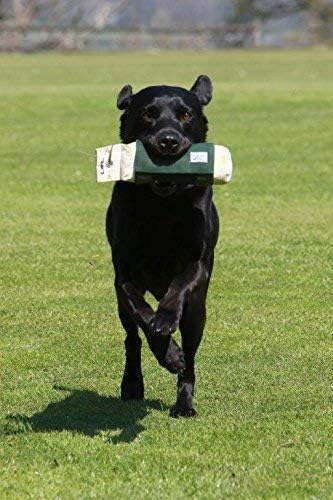 This article was originally published in Sporting Gun in 2016 and has been updated.

The recent Inter-breed team test, held by the United Retriever Club, saw six teams fight it out for top honours.