You can buy grey squirrel online and it is advisable to order it ready skinned (the tail is discarded). Squirrel is also on the menu at various pubs and restaurants around the UK as people increasingly recognise the value of using its meat instead of discarding it.

Of course, it is much cheaper to source your own squirrel meat locally, either by your own efforts or via a local butcher or gamedealer. A squirrel’s diet is predominantly made up of nuts, so it makes a healthy meat albeit not a particularly substantial one. Allow one squirrel per person.

For the crispy coating 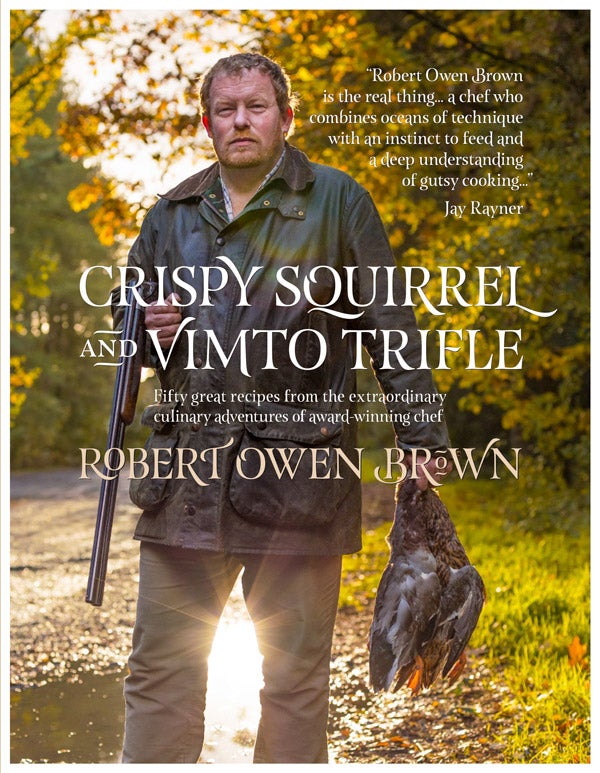 Award-winning, classically trained chef Robert Owen Brown was born in Stockport. He has worked at several Manchester dining establishments including The Midland Hotel, Reform, The Bridge and The Mark Addy pub. He is a champion of local producers and his food reflects his heritage and upbringing as well as his love of foraging and fishing in the north-west. He is the author of Crispy Squirrel and Vimto Trifle , a collection of 50 seasonal recipes.