Sauer, once famous for its shotguns, is now known primarily for rifles (such as the popular bolt-action 202).

It remains in the shotgun business, however, making a few best-grade sidelocks in Germany and also a boxlock with typical Teutonic bolting. 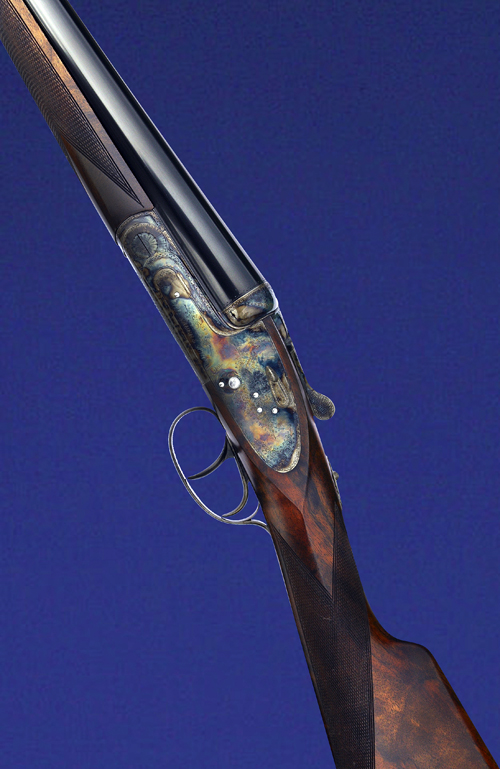 The test gun is part of a new venture – similar to some recent British ones – where the firm specifies high-grade guns to be manufactured abroad in association with another maker.

In Sauer’s case these guns – all side-by-sides – are engraved on the action table “designed in Germany” but “made in Spain”.

Levels of finish are impressive. 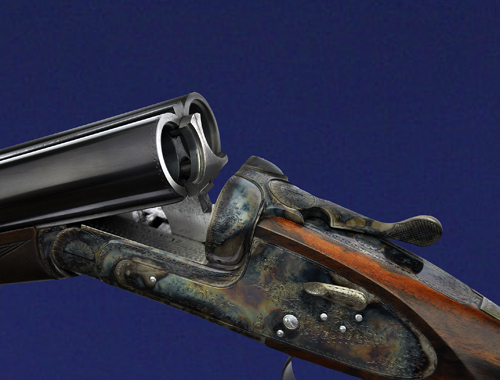 It is striking because of first-class, bonemeal colour case-hardening applied to the action.

This, in turn, is expertly if sparsely hand engraved. Wood-to-metal fit is impeccable, action finish good, and the barrel blacking lustrous, with excellent preparation work evident.

The stock wood is well figured and well finished with fine hand-cut chequering and traditional oil.

The fore-end is of deeper, splinter pattern and the stock has a straight-hand grip of Holland diamond-type (my favourite pattern). 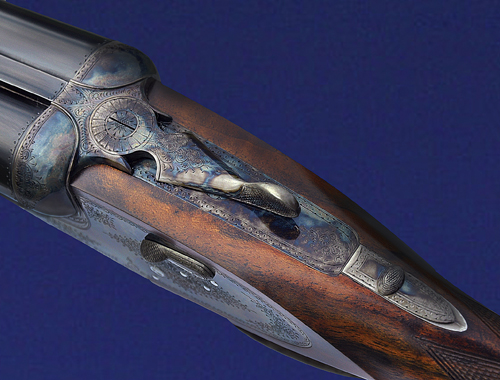 The general form of the gun is pleasing.

When bringing it to the shoulder, I thought the gun barrel-heavy.

The butt-sole shape could be improved as well.

There is not enough bump at heel and as a consequence it has the tendency to slip at the shoulder.

It does not have an automatic safety, which should be a feature of any game gun. The test gun has 28in barrels with fleurs-de-lis proof for steel shot at 1320 bar.

There are double triggers (the front articulated), and hand-detachable locks.

The shaping of the action is well done, with classic fences and a subtle rounding to the front half of the action bar and the deftly sculptured belly.

It is not immediately easy to identify its origins. I’d not have guessed Spain on first sight.

The colour hardening is much better than the dark and dull Spanish norm. Removal of the locks reveals mechanics that are essentially Holland & Holland.

There are intercepting safety sears, disc-set strikers and silver-metal cocking indicators on the locks (with engraved arrows).

The trigger guard has a beaded edge and the safety thumb-piece a Purdey-style button.

Though well specified and made and finished to a very high standard, I would not quite class this JP Sauer & Sohn Magma 12-bore shotgun as a best gun.

It is, however, refined, solid and aesthetically attractive. Stocking, barrel and action work are all competent.

All-round quality is well above the average. The gun has style, too.

TECHNICAL DATA
Internally, the quick-detachable locks pass muster, though I had a problem replacing one once removed because its sear was catching slightly on the back of the front trigger blade. 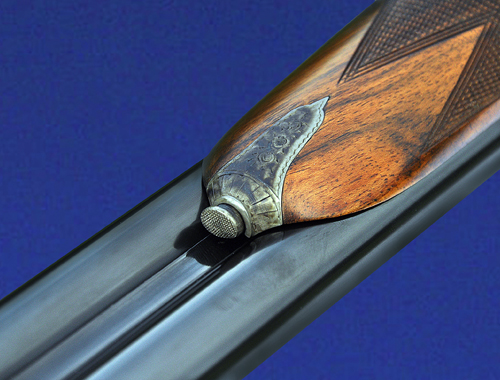 This was remedied by a firm tap with a piece of wood to get it back into place (lifting the front cocking lever simultaneously).

There should, however, be clearance between the lock sear and the trigger blade so the triggers at no time interfere with the sears when the safety is to the rear “safe” position.

The chopper-lump barrels are equipped with a concave rib and bear Spanish proof marks for 2.3⁄4in (70mm) shells at 1320 BAR.

They are designed for steel shot, internally chromed and perfectly straight.

Chokes are fixed and the bore diameters are both marked at 18.5mm – ideal. This gun has been imported with “shelf” measurements. 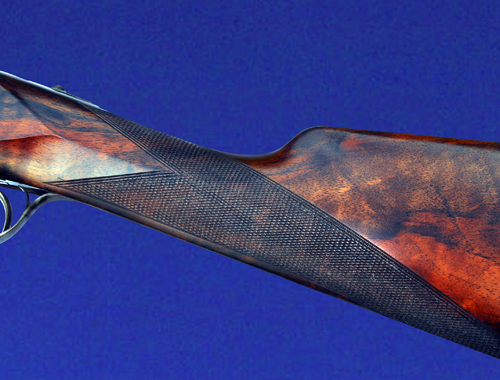 It led to a very flat view of the rib for me.

The lowish comb might cause the wrong eye to take over when the gun is lifted above the horizontal but this could be remedied easily.

SHOOTING IMPRESSIONS
I used the gun on a skeet layout, and simulated partridges. It shot well. Indeed, no clay got past me in the 20-odd shots I fired.

I also managed to shoot some tiny fragments of broken birds at distance, which led me to think – not having plates available – that the barrels are well regulated. Felt recoil was good, too.

The butt slipping at the shoulder irritated.

Nevertheless, this is quality gun. It is not particularly expensive for a sidelock with this level of finish.

A few hundred pounds of work on the details would transform it.

It is essentially well conceived and made. I would consider buying one because the basics are sound and the faults easily corrected.

The Magma is available as a 20-bore, too, and is delivered in an attractive, handmade leather case with canvas outer cover.