Gun reviews: Webley and Scott 3000 shotgun.
Funny, isn’t it, how things go around? In the early 1900s Webley and Scott were one of the biggest gunmakers in Britain supplying guns to countless other makers.

Amazingly, only ten per cent of total production carried its own name.

Now, a century later, the company no longer makes a gun… it has them made for it!

This is a sad state of affairs but on the plus side, at least the name has survived and is now in safe hands.

TURKISH ORIGINS
The latest gun in the line-up is the Turkish-made 3000 over-under sidelock.

Of course there are varying views on Turkish guns but there’s no denying the gun industry there is getting bigger and constantly better in terms of the quality.

On the plus side its bores and barrel exteriors are true, the barrels being made on a monoblock, a process which, sometimes, can distort the line of the tubes. 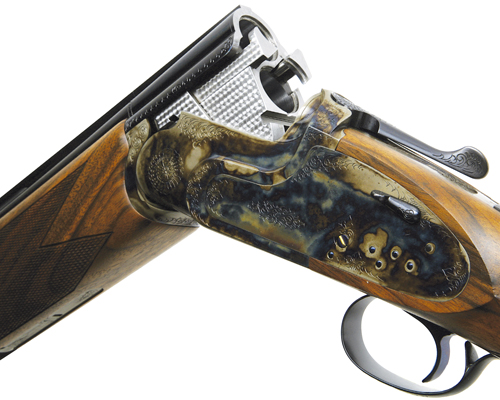 These, however, have been struck up very nicely and then polished to a high standard to give a lovely gloss black finish.

The bores appear to be chrome lined.

SIDELOCK ACTION
Mechanically the gun is a proper sidelock gun built onto the stock and not held to the action by means of a stock bolt.

This one is screwed to the action frame with the trigger plate and lock plates being brought together on the head of the stock. 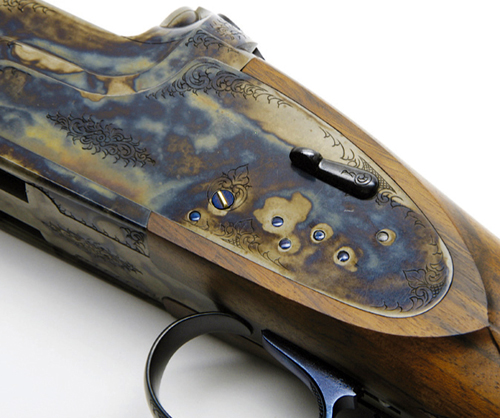 The most striking part of the gun for me are the colours of the hardening process which are very close to the British way of doing things, and for which Webley and Scott was known all those years ago.

This gun sports the full range from pale grey through to the more commonly seen blues and purple. 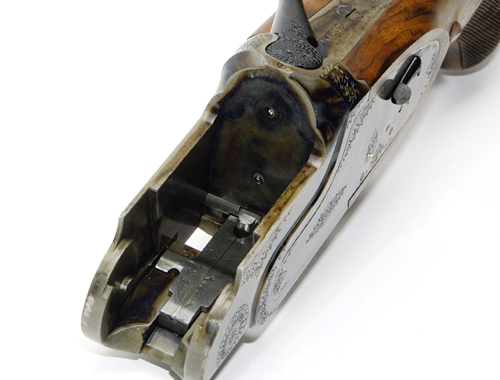 Today continental-made guns are colour hardened in a chemical salts bath, but these guns have been treated to the same traditional methods used by Webley and Scott in its gunmaking heyday.

The action frame is big, but that is usual in a true sidelock because to compensate for the wood removed to accommodate the lockwork, there has to be a good amount of metal for strength.

A PIECE OF THE ACTION
The action frame is nicely shaped with panels around the lock plates that run into the belly of the action.

The fences are carved to form shallow balls at the breech. 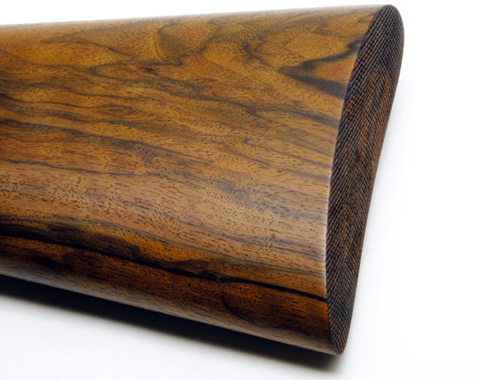 The top strap is nicely nipped in just ahead of the safety catch button and the furniture – top lever, safety and trigger guard – are all finished black.

Fore-end iron and catch are colour hardened to match the action.

GOOD WOOD
The stock is nicely figured but then, coming from Turkey there’s no excuse not to have a nice piece of wood on a gun of this price, and it’s certainly pretty.

But the rounded pistol grip then lets the side down in that the line of the stock is too low to be really elegant. The shape is not the best I have ever seen either.

There again, the wood to metal fit is very good and the fore-end shape is really nice thanks to a gentle Schnabel that sits comfortably in the hand.

Sadly the hand cut chequering isn’t the best cut and could be improved upon, particularly on the fore-end.

JASON’S VERDICT
Overall I cannot dislike this gun, but at the price it wouldn’t be my first choice – it needs to be lightened off a little and more attention paid to the shape of the grip and chequering quality.

What I do know is that Webley and Scott are working hard to make guns for the UK market. 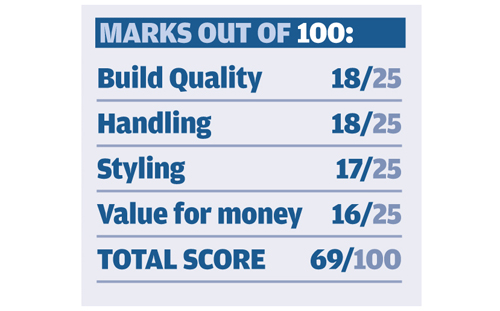