Back in the 1990s Zoli carried out a radical redesign on its range of shotguns in a bid to make one that could compete against the best names in the market.

The top-to-bottom overhaul turned up many things and helped create a very solid action frame that’s so strong it is even used on double rifles where pressures generated during firing are far higher than those in a shotgun. As well as being strong the new action also ended up sporting a drop-out trigger mechanism, one that’s held securely in place with a screw behind the trigger guard so that it doesn’t wobble and can’t be released accidentally. Screwing the trigger block into place is obviously a little slower than operating a standard drop out catch, but I prefer the Zoli approach as the block is more secure and will never display that slight movement sometimes felt in other guns.

It has also overcome two problems that other guns with removable trigger groups can suffer.

TRIGGER BLOCK
With most designs the trigger block is very wide and, consequently, so too is the action frame. 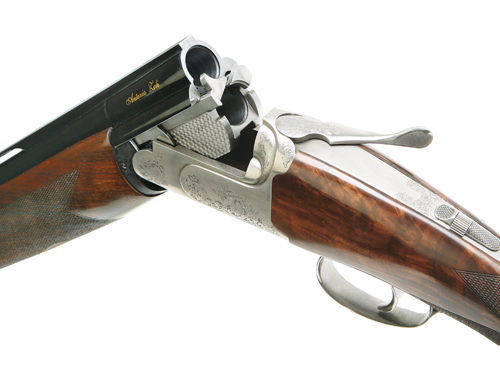 This in turn means that the bulk of wood surrounding it can be quite thin in places and, hence, a possible source of weakness.

However Zoli has overcome this by slimming off the trigger group and its internal parts so that the sides of the stock can be kept to maximum thickness for strength.

SILVER SOLDER
Interestingly, Zoli was the first gunmaker to silver solder barrel tubes into a monoblock and also secure the ribs.

Not only does this make the barrels stronger it allows them to be blacked by “hot dipping” any number of times – all thanks to the fact silver solder is impervious to the caustic salts that destroy softer solders. Barrels on this gun are 30in long with a tapered 10mm x 5mm ventilated top rib, which creates an illusion of them being far longer than they really are.

Believe me, it gives a fantastic sight picture.

The high gloss blacking has real depth and the tubes have been struck up and bored true to ensure they print consistently good patterns. Integral to the strength of the Zoli action is a split locking bolt that engages with bites on either side of the mono block.

The bolt is thicker than in other guns of this type and further draw comes via the bottom of the mono-block which locks into the floor of the action just as the gun closes.

A cam in the fore-end iron drives a strong one-piece cocking lever and the ejectors are worked by rods running through each side-wall of the frame. These push forward when the gun is opened, activating trips in the fore-end iron which release the extractor legs and eject the fired case(s).

The extractors are directly powered by coil springs held in the monoblock.

As with the rest of the gun, the trigger group has been put together very nicely with all parts correctly hardened and finished.

One feature of the Z guns is that the trigger mechanism’s components appear to be gold plated.

However this isn’t the case: the colouring comes from a coating of titanium nitrate that adds another level of wear resistance to the moving parts.

It is also highly resistant to corrosion.

ELSEWHERE…
Rather unusually for an Italian-made gun the hammers – powered by coil springs – are not held captive and don’t rebound on firing.

Instead, to prevent striker drag, the locking bolt pushes both hammers back slightly when the top lever is opened – a small movement that gives the strikers enough room to retract on their own return springs and so allow the gun to open cleanly. As you would expect with a gun of this price the quality of walnut is high and in keeping with the rest of the work.

As you can see, the stock and fore-end are very well figured and the wood has been treated to a very attractive satin oil finish.

The pistol grip is quite laid back and fits the hand nicely.

It is very much in the style of a Prince of Wales grip, sweeping back with the base of the grip at quite a flat angle. It feels good and looks elegant. The same goes for the slim beavertail fore-end, which is rounded at the front to ensure it sits comfortably in the hand.

Zoli has stuck to giving this gun a traditional pattern of chequering which wraps over the top of the pistol grip.

It’s a feature often seen on high quality guns with this type of stock. The gun being reviewed here has been stocked for a right-handed shooter but Zoli make guns with dimensions to suit the individual, and this includes stocks for left-handers.

JASON’S VERDICT
This is a very pretty gun, elegant and strongly built – one that’s going to be a pleasure to own and shoot with.

Some expensive guns seem almost too fragile to use, but not this one.

Zoli set out with the intention of making a gun that can compete with the best of them in this price bracket. Has it succeeded?

At 6lb 9oz it’s not the lightest 20-bore you will come across but if you intend to use it for some serious shooting then the weight will be an asset. 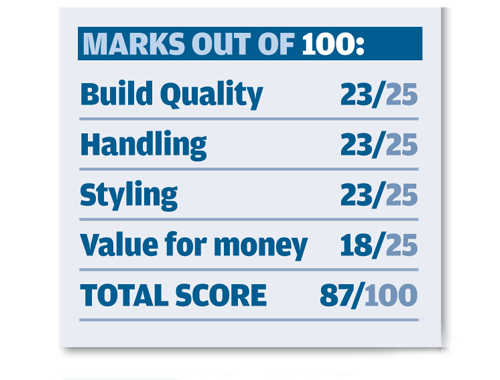