If you live in or around the capital, here's where you can smash some clays locally, wherever you're based.

Thinking about starting clay pigeon shooting or wanting to keep your eye in now the season is over? The good news is that there is plenty of clay pigeon shooting near London and grounds that suit everyone from complete novices through to more seasoned shooters.  None take longer than an hour to get to from the centre of the city. They’re ideal for half a day’s shooting, a get together with friends or a competition. (You might like to read what to wear clay pigeon shooting.)

Many of the grounds offer expert tuition and advice on buying guns – ring ahead and see what’s on offer. You will need to ring ahead to book anyway. (Read more about the different clayshooting disciplines.)

West London Shooting School offers a shooter’s home from home within an hour of the centre of London.

This well-established shooting ground is just off the A40 leaving, as the name suggests, West London. It has previously been voted best shooting ground in the country and prides itself on giving tuition that matches the individual and improves personal style. (Mark Heath, the chief instructor, regularly reviews guns for us.) Beginners can start with a one-hour or two hour individual lesson with an instructor or take a course. There is well-regarded tuition designed for novice women shooters and young Shots are also welcomed.

The school takes bookings for lessons, rifle ranges and practice. 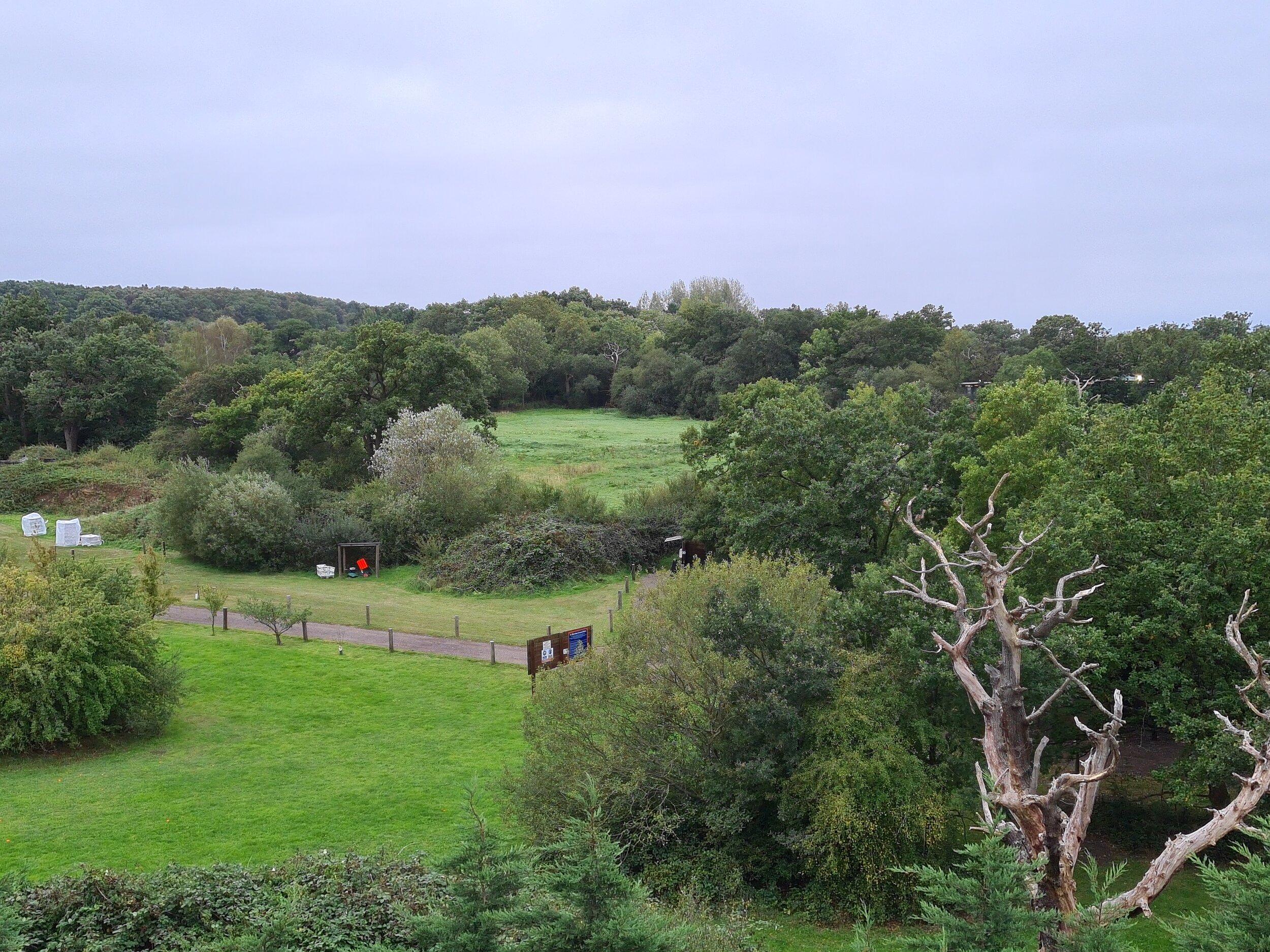 If you’re looking for clay pigeon shooting near London and somewhere easy to reach from North London, then this could be a good choice as it’s just inside the M25 at Barnet. A family-run shooting club with friendly staff and professional instructors. The club accommodates any level of experience from beginners through to accomplished shooters and is an excellent venue to learn, practice or entertain.

EJ Churchill has been voted CPSA shooting ground of the year

A little further out west along the M40 near High Wycombe, this leafy location offers a picturesque view when shooting clays. Deservedly popular with both beginners and for pre-season shooting technique revision, it’s certainly worth going that extra mile. In addition the ground has recently opened The George Digweed Academy to teach the winning method of the world champion clayshooter.

Voted best clayshooting club in Surrey for several years, this club, near Leatherhead,  offers an excellent day for both novice and experienced clay pigeon shooters. The club has an exemplary safety record and aims to give every visitor a positive experience. The grounds are set within an 11 acre forest and include a testing 60 clay, English sporting range, Down the Line and Compak sporting  layouts.

Near Hertford, it still comes within the description of clay pigeon shooting near London.

Holland & Holland is a stunning place to shoot

Visitors will enjoy spending time at these beautiful grounds in Northwood. Apparently it was once said: “If Mr Holland is unable to teach a man to shoot then no-one can” and today Holland & Holland hold firm to this boast, having taught shooters from all walks of life with varying amounts of experience, at varying stages of life. Time spent at this shooting ground is an investment in your future enjoyment of the sport. The company also recently opened an indoor shooting school.

Clay pigeon shooting near London (possibly just over an hour away)

The Royal Berkshire Shooting School has recently reopened and is offering guided rounds for groups of up to five experienced shooters, by appointment only. To be honest, it’s probably just over an hour away from London but it’s certainly worth a visit.

Bisley is much more than just a clay pigeon shooting ground. Bisley Camp has been the home of the National Rifle Association (NRA) and numerous other rifle and clay shooting clubs for over 128 years. This rich and intriguing history has evolved over time with Queen Victoria opening the first annual rifle meeting at Wimbledon back in 1860.

As Pete Wilson, GB Olympic Gold Medallist 2012 says of Bisley: “The Bisley shooting ground, clubhouse, grounds and targets are second to none. It is a unique experience that I would recommend to anyone.”

Tony Bracci, Sporting Gun contributor and gun reviewer is an instructor. His knowledge covers Trap, Skeet and Sporting clays as well simulated driven game , walked up and shooting from a hide. Tony is also Bisley’s resident Master Gunfitter who ensures clients get the best measurements before having a bespoke gun made.

Shooting at the Oxford Gun Company

This is actually just over an hour from London, but if you live out along the A40 going towards Oxfordshire then it’s well worth investigating. Set in glorious countryside, it’s a well-run school that caters for both beginners and experienced Shots – who all have something to learn.

This article was originally published in 2015 and has been regularly updated.

Rory Major of Bryantscroft Gundogs has probably trained and competed with more breeds of gundog than anyone else in the business. He has trialled everything…

We are all familiar with sprockers, cockapoos and labradoodles, but what do you call a cross between a labrador and a golden retriever? A golden…