That famous route down to the West Country, the A303, drops one of its numbers at Exeter and turns into the joyous roller coaster that is the A30. Out of the busy tourist season, when caravans and other holiday traffic slow the pace, you can get a move on. So we arrived ahead of the 10am rendezvous at Hendra Barns, equidistant between Newquay and Truro. The turn-off from the dual carriage to a single muddy track overlooked by giant windmills and patrolled by pheasants slips you rather suddenly into rural Cornwall. The first sound you hear when you’ve turned off the engine in the car park is the collective quack of duck. Top class accommodation is finished with a variety of handmade furniture from local suppliers.

Our room in the large converted barn was spacious, with a balcony looking out across the valley to woods and providing a fine view of the centre piece – a lake with an island. There are over a dozen water holes on the 700 acres, hence the duck orchestra. You cannot see another property, which is refreshing if you’ve come from a town and reassuring if you haven’t. 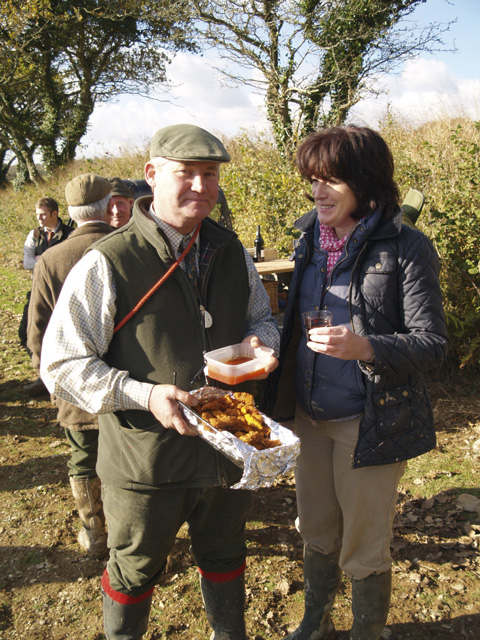 Hosts Ken Evans and Melanie Rose-Gale pride themselves on creating a warm atmosphere.

Ken Evans was our host, a quiet Cornishman and local builder with a passion for the countryside. He and his brother, a fellow builder, have created Hendra Barns, turning the collection of old barns into handsome accommodation. Wood and glass are the predominant architectural features and the entire wall of the communal living and dining area is one giant French window that opens onto a grey slate terrace. Beyond that is green grass and the lake. Melanie Rose-Gale was our hostess and Ken’s partner in the enterprise. She brings considerable female flair and her years in fashion retail have given her an attention to detail that is essential to the enterprise.

Hendra Barns is a new venue for those who want to learn to cook (it is also home to a cookery school) or shoot, or just relax and enjoy what Cornwall has up its sleeve. The place can sleep around 20 so would be perfect for a big family holiday, and the mini goal posts on the grass hint at childrens recreation. But we have gathered to shoot at other targets.

Just because one writes about shooting doesn’t make one good at shooting. This became apparent when our team, comprising journalists, photographers, Ken’s brother and two of his friends, gathered for the briefing. Ken doesn’t like public speaking but explained in his warm way that he wanted to show us something of everything on offer.

We didn’t draw numbers and were placed where Ken thought we’d be most effective. This was probably the only shoot I’ve been on where we walked the entire time. It was refreshing to travel between drives in a sort of school crocodile rather than a carbon-creating 4×4. The only footprints we were leaving were those that squelched. The ground was sodden. Cornwall hasn’t seen so much rain for many years. On-site cookery classes allow you to take your game from field to fork without leaving Hendra Barns.

The day was beautiful, with bright sunshine and fluffy clouds. There was a breeze, rather than a wind and, on the first drive, standing knee-deep in yellow flowering kale, the windmill sails on our right turned slowly. From the wood in front of us the team of beaters pushed out several flushes of pheasant.

The birds rose at the last minute, so most of them scudded safely through the guns without being shot. However, those that did start their climb earlier probably wished they had copied the others, because they were by and large brought down. A wandering pigeon and a woodcock were added to the tally of the first drive. The pickers-up behind were given some work to do, and finding birds in a thick, heavily scented crop isn’t that easy. The Coach House at Hendra Barns.

Ken and his black lab came and stood with me later in the day and we chatted. He loves what he is doing in this part of Cornwall. He’ll probably shoot for 18 days this season, selling 14 and keeping four for himself and his chums. Bags will be about 100 head, with snipe, woodcock and the occasional partridge. Ducks are a bonus.

I gave Ken’s dog some work to do among the brassicas and then we all snacked on pheasant goujons washed down with a glass of port. The beaters were mostly sturdy Cornish men. One comes regularly from the Scilly Isles, where he has a sea-fishing boat and catches shark.

Refreshed, we ventured onto the moor, where the topography changes. The thick gorse, illuminated in the beautiful late afternoon light, held lots of pheasants. The sun in their eyes kept them low and I killed one as it nearly disappeared over the treetops behind me. I can imagine that later in the year, on a cloudy day with the wind blowing, these birds present challenging sport. 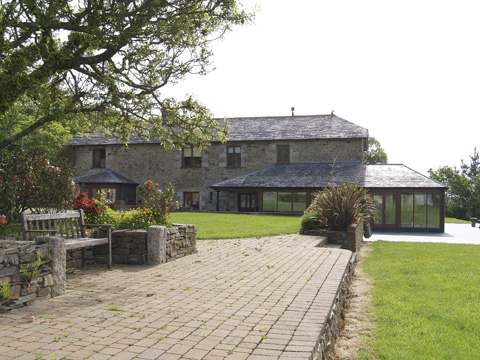 We walked back to the barns and sat around two communal tables enjoying cauliflower and cheddar soup and hot Cornish pasties. I sat opposite a picker-up – an ex-tin miner who in 12 years of working down the now defunct mines had seen 13 of the 120 strong-workforce killed. It was a dangerous business.

The pasty was invented as a meal for the miners, the thick crust enabling a hungry man to hold his meal without fear of contaminating the rest of the pasty with his dirty, poisoned fingers.

The duck drive was the finale to the day. As a boy I used to love flighting duck; sitting in a cold hide by a pond on a January night was a childhood ritual. And, while this wasn’t quite the same, the mallard drive around the pond provided some good shooting and some variety to the day’s sport. We shot 14 of these extremely tasty birds, bringing the day’s total to 98 pheasants, 14 ducks, four pigeons and one woodcock. The resident French chef, Francky, who limped around his kitchen on crutches, having broken his ankle in a surfing accident, cooked supper for us all. Smoked pigeon followed by red hind venison with local seasonal vegetables and Cornish cheese, with wine from the nearby Camel Valley, gave full emphasis to the rule at Hendra Barns that all produce is locally sourced as far as possible.

We stayed up until 1.30am, which says a lot about the company, the conversation, the food and the wine. Ken and Melanie have a great business. Their simple, informal set-up, with warm hospitality and affordable prices should encourage those who like shooting a moderate bag and a variety of birds. Cookery lessons are available at Hendra Barns, where groups are led through all aspects of game preparation.

A bonus for me is the opportunity to share the experience with a partner. What could be finer than a day’s shooting, a meal cooked by a top chef and eaten with seven or so like-minded chums and their partners? And the following day you can all take a lesson or two in the cookery school to help you make the most of any game you shoot here or anywhere else. A trip to this part of the world also offers the chance to spend time exploring Truro or the Eden Project? Then there’s the opportunity for another meal at Jamie Oliver’s Fifteen at Watergate Bay. Ken can fix that, he said with a knowing wink, and then his mobile rang. That too quacks like one of his ducks.