Maybe not this old though! An air rifle advertisement from Country Life in 1924.

One of the fastest increasing markets is in quality air rifles from the 80s and 90s – so think twice before dumping an old air rifle or passing it on. It could be worth a lot more than you think.

Shooting Times receives reader letters on all subjects shooting-related and an interesting one recently covered the subject of what to do with an old air rifle.

The reader said: “I found my 25-year old air rifle in my shed and want to dispose of it. If I try to break it up, can I put it in the skip?”.

Luckily Graham Downing was on hand to advise him and the first thing he said was NOT to put the air rifle in a skip or take it to the dump. (Because of course it could fall into the wrong hands.)

What you should do with an old air rifle is take it to the police or a registered firearms dealer for disposal and, “while doing so, check with them to see if it has any value. You never know, you might be surprised.”

Graham is spot on. Auction houses have spotted this trend in old air rifle prices, as has the second-hand air rifle market.

The market growth is almost certainly because many of those who grew up in the 80s and 90s and had one of these air rifles when they started their shooting career are looking back with nostalgia. They want to rediscover the gun they spent many happy hours plinking with.

If they didn’t have one of these guns in their teens maybe they desperately wanted one and could not afford it, always settling for second best.  But now they’re in a position to buy one – if they can find the right model.

Whatever the reason, if you had the foresight to keep one of these guns below in tip-top condition, preferably with its manufacturer’s carton, you could now be sat on a small goldmine.

At a Holt’s Auctioneers’ sale a while back, a rare John Whiscombe JW50 fetched an astonishing £3,300. Which proves that the scarce in great condition is what people want. 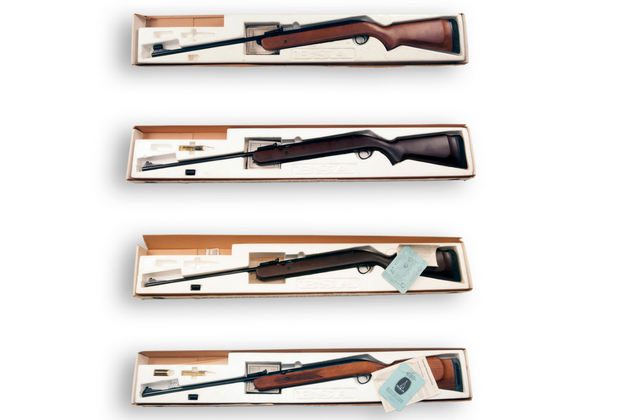 Possibly even more remarkable was the four boxed BSA air rifles from the late 70s to early 80s pictured here. With a low estimate of £480 they smashed this to bring £870 plus premium. Not a life changing amount, but when you consider each of the air rifles involved had a sale price of between £49 to £63 in 1981, that’s impressive.

Could your old air rifle be worth £££s?

If you have any of the below you could be surprised by its value.

This article was originally published in Sporting Gun in 2018 and has been updated.