Some believed that excluding the gun trade from Countryfile Live last year was a snub to the shooting industry Credit: P Quagliana

Changes to the BBC complaints procedure could lead to continued bias against fieldsports from its shows and presenters, say shooting groups.

In the past year, the BBC has come under fire from the rural community several times. An October episode of Inside Out London presented a biased depiction of gamebird rearing that did not show best practice, presented as an undercover investigation, while BBC presenter Chris Packham has made repeated attacks on shooting sports.

The BBC flagship rural affairs show Countryfile has long been accused of metropolitan bias and its live event, held in August, was criticised for excluding the gun trade, particularly as it was held at the traditional venue and time of the former CLA Game Fair.

In May, it was announced that the BBC Trust was to be abolished and that the regulatory body OFCOM would take over as final arbiter of complaints about BBC impartiality and accuracy. It was believed that this would lead to BBC presenters facing tougher penalties for bias, but that may not be the case.

Presenters should be penalised following complaints?

When OFCOM takes over in April, it will focus on broadcast news and public policy, while a unitary board, partly made up of BBC staff, will be responsible for the majority of programming and will decide if presenters should be penalised following complaints made against them. It is feared that this could make it more difficult to hold them to account. Talking to the Daily Mail, Conservative MP Philip Davies likened it to the BBC “marking its own homework”.

Tim Bonner, chief executive of the Countryside Alliance, said this leaves presenters free to express biased views without repercussions. “The devil is in the detail and that detail is worrying,” he warned. “It has emerged that OFCOM will have no role in regulating the vast majority of BBC content. In these areas the BBC will continue to police itself.

Serious concerns about the BBC

“Over the past year we have had a number of serious concerns about the BBC’s editorial standards and portrayal of rural communities.

“However, the majority of BBC output that we have complained about does not fall under broadcast news or public policy. These changes will do nothing to alleviate concerns about some of the BBC’s output in the rural community and have the potential to make the situation significantly worse.”

BASC chairman Peter Glenser said that the new unitary board has a lot to prove to the shooting industry: “Sir David Clementi, the BBC’s incoming chairman, has said he will put impartiality, independence and accuracy at the top of his agenda — which is likely to immediately set him at odds with Chris Packham.

“As Packham has proven time and time again by abusing his position with the BBC to polarise debate on important issues, the current BBC system for keeping staff in check is not fit for purpose. It remains to be seen whether the new unitary board has an appetite for dealing with celebrity posturing, but its success will depend upon the extent to which it ensures the BBC serves the people who pay for it.

“The board is starting from a position of negative equity as far as the shooting community is concerned.”

The BBC Trust has announced that it will investigate the BBC's rural coverage, after the BBC was accused of bias…

Tim Bonner writes: “The new edition of BBC Wildlife magazine carries a column by Chris Packham which is remarkable in… 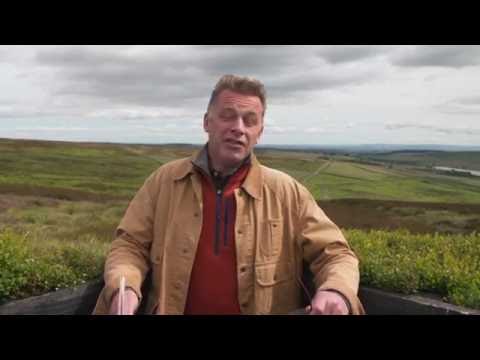 Chris Packham’s anti-grouse statement could be considered ill-timed, coming as it does in the very week that the Government has stated…