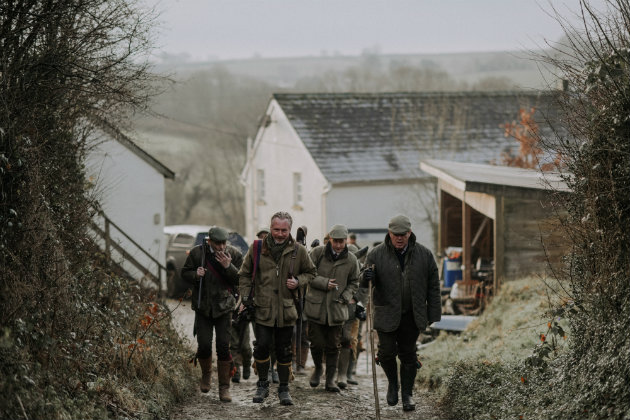 Shooting insurance cover is a vital tool in protecting against everything from cancellation and theft to disruption and loss before, during and after a shoot day.

So do you need special insurance to go shooting?

Barrister Peter Glenser and Shooting Gazette contributor comments: “I have always thought it completely extraordinary that it is a legal requirement to be insured while driving a car but not while using a gun. But that is the case. That said, no responsible person would ever shoot without insurance and many estates require proof of insurance as a condition of taking any shooting.”

A safe sport but…

Shooting is a remarkably safe sport. But like any activity, things can go wrong. Guns have been known to shoot cars, caravans and telephone lines. Birds fall and damage vehicles, roofs and even occasionally people. In the worst-case scenario, occasionally people get peppered by guns swinging through the line or shooting forwards after the first horn on a moor. And when things go wrong it can get expensive very quickly.

Supposing your dog dashes into a road and causes an accident? Are you a member of a syndicate that rents shooting? A surprising number of claims against shoots involve damage to livestock caused by leaving wheat around in sacks or loose hoppers.

Damage to your gun?

What about damage to your gun? Is that covered? Cancellation because of fog or other adverse weather? Illness?

Q: I run a small syndicate shoot where members can bring a friend every time they shoot. I think it only fair that everyone who comes along is insured. Two members have really objected to this and say that neither they, nor their friends, belong to any organisation and, as such, should be covered by the shoot’s own public liability insurance. In my view, that’s not the point – or am I (as they say) out of order on this?

A:  There are lots of good reasons for belonging to one of the shooting organisations. Take your pick from BASC, the Countryside Alliance and the NGO, who all offer a different solution both in terms of member services and insurance.

Your shoot should have its own insurance but that will be mainly to protect the shoot should it have done something wrong.

It won’t necessarily cover an accident caused by one of the guns and for which the shoot could not be held liable – that depends on the wording of the policy.

As the person running the shoot you make the rules. If people don’t like them they can shoot somewhere else. (Liam Bell)

Q: I beat on several shoots. The headkeeper on one of them is insisting that anyone who wants to shoot the keeper’s day in January has to produce a certificate or insurance or a membership card for one of the shooting organisations that includes third-part insurance.

None of the beating team on that particular shoot has ever had an accident. We only shoot there one day a year and it is now going to cost us an extra £50 or more to do so. What are your thoughts?

A: I am continually surprised by the number of people who shoot who are uninsured. I think the headkeeper’s stance is perfectly reasonable, and his insistence that anyone shooting the keeper’s days produces an insurance certificate or membership badge from one of the shooting organisations which provide third-party insurance will no doubt form part of his shoot day risk assessment.

Joining a shooting organisation such as the National Gamekeepers Organisation (as a supporter member), costs less than the £50 a year you have quoted, and not only will you be insured for third-party liabilities, you will also be helping to protect the sport you love. (Liam Bell)

So what shooting insurance cover do you get from the fieldsports organisations?

(Figures below correct at time of writing in October 2021)

Up to £10 million public liability, product liability and employer liability insurance. Up to £50,000 personal accident cover.

NGO members are covered up to £10 million public liability whilst taking part lawfully in any recognised gamekeeping/shooting activity endorsed by the NGO for recreational purposes.

If you join the Countryside Alliance or are renewing your membership you will receive public liability insurance, up to a limit of indemnity of £10 million, covering a wide variety of legally recognised activities including hunting (but no other equestrian activities), projectile sports such as sporting and clay shooting, working with animals and birds such as falconry and hound trailing, angling (including sea, game and coarse) and voluntary and conservation work.

Should you get gun insurance? No, says Robin Scott. It would be worth splashing the cash each year if I had a gun that was eye-wateringly expensive or rare. I don’t. My English guns are nicely made and lovely to use but they’re not front-row specimens and don’t do a…

Game shots have a unique relationship with the weather. While others cower inside, a line of guns will happily stand in the pouring rain, the familiar smell of damp tweed curling into their nostrils as they wait for the birds to fly over. Yet fortitude is not always enough, and…

We’ve got a guy in our shoot who insists on using a clapped-out black powder-proofed hammer gun, which rattles when he closes it.

I am going to join one of the organisations, mainly for the insurance cover being offered but I am a little confused because there are so many groups out there seeking new members. What's the minimum level of cover I need as a shooter?

I keep shotguns at home. Although the police didn’t ask me to install an alarm I have done so for my own peace of mind. The guns are listed on my insurance policy. Do I need to tell my insurance company about the alarm? If I did would I get…

I keep shotguns at home. Although the police didn’t ask me to install an alarm I have done so for my own peace of mind. The guns are listed on my insurance policy. Do I need to tell my insurance company about the alarm? If I did would I get…

The Clay Pigeon Shooting Association has increased its members’ insurance cover to £10m for both Public Liability and Professional Indemnity Insurance.

Is it true that if you're involved in a shooting accident and don't possess a current game licence, your shooting insurance is invalid?